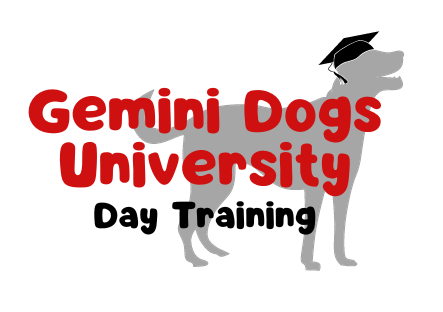 We at Gemini Dogs have always believed that you are the best trainer for your dog, but sometimes you need professional help to get results. That is why we have created the Gemini Dogs University Day Training Program.

The Gemini Dogs day training program is a great alternative to a traditional board-and-train because you still get to enjoy your dog at home on nights and weekends. It's truly the best of both worlds!

Drop them off with us for the day and we will teach your dogs new skills (as well as practice and perfect old ones) and return a mentally and physically tired (and smarter!) pup to you at the end of the day.

At "school", your dog will work with our CPDT-KA and KPA-CTP certified trainers to build confidence, sociability, impulse control, and focus. Your dog will have a specially-tailored, individualized learning plan. Each day will have time spent in each of the four main focus areas: Manners, Brain Building, Fitness, and Social Skills.

*Please leave your dog in the car and sign in at front desk when you drop off your dog for University.* 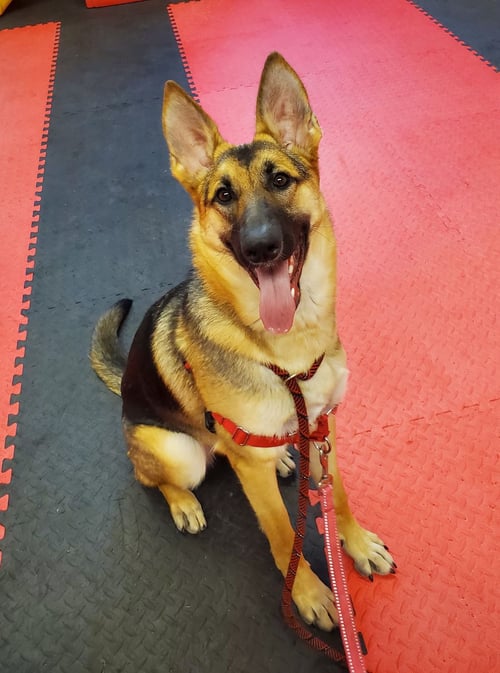 Fill out our registration form and book an intake evaluation below. Enrollment is limited.

Once your dog has attended a University Evaluation, you will be given the password to the client portal where you can book a Freshman Orientation, University days, and Parent-Teacher Conferences, and purchase Degree Packages.

Does your pup already do daycare or boarding with us? You can skip the evaluation and book an audit session here. Auditing is a great way to add a little extra mental or physical exercise to your dog's daycare or boarding stay. We can work on calm behavior coming in/out of the daycare, go for a structured walk, work on a specific issue, or even introduce them to agility equipment!

Choose from one of our programs: 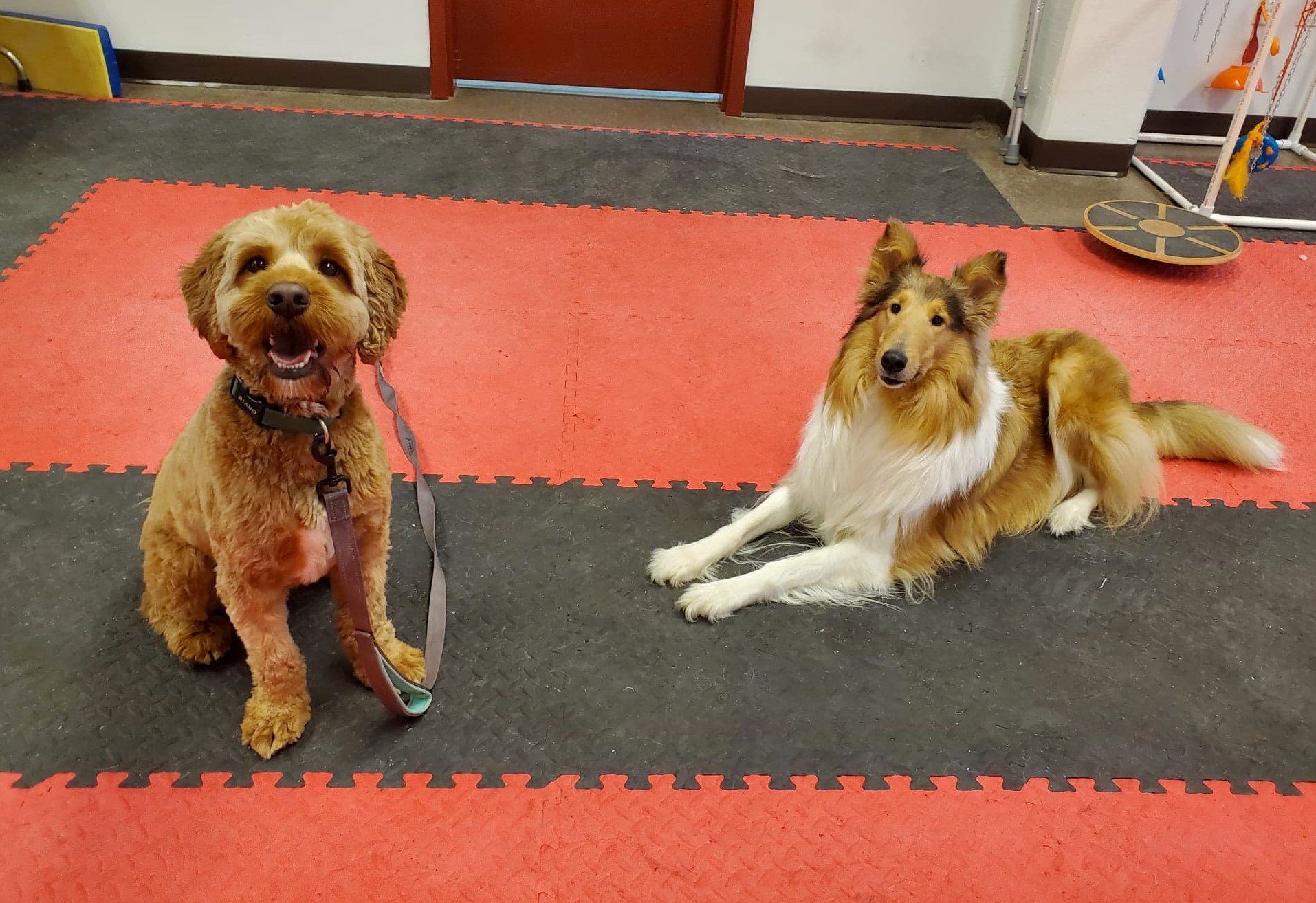 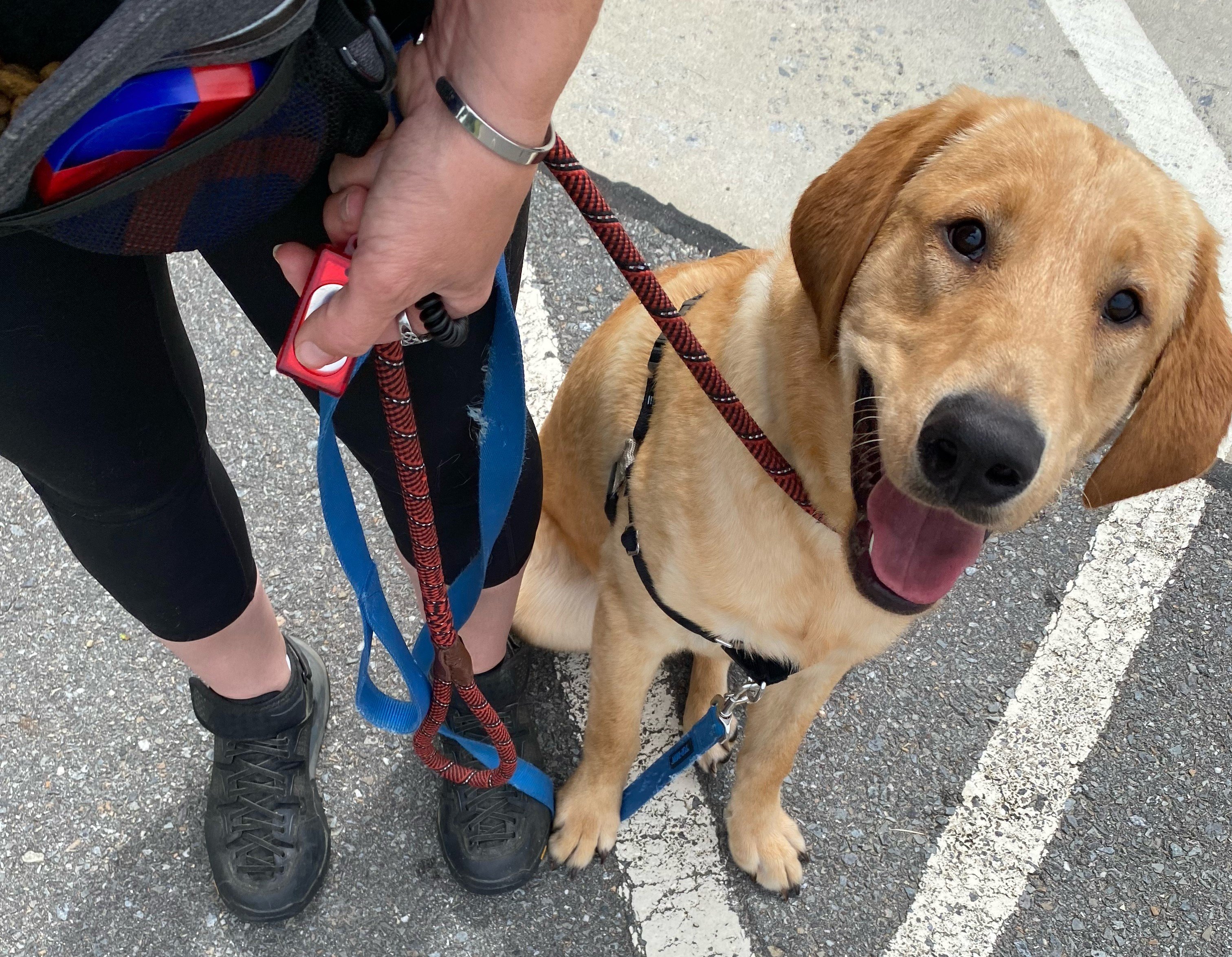 We also work on: 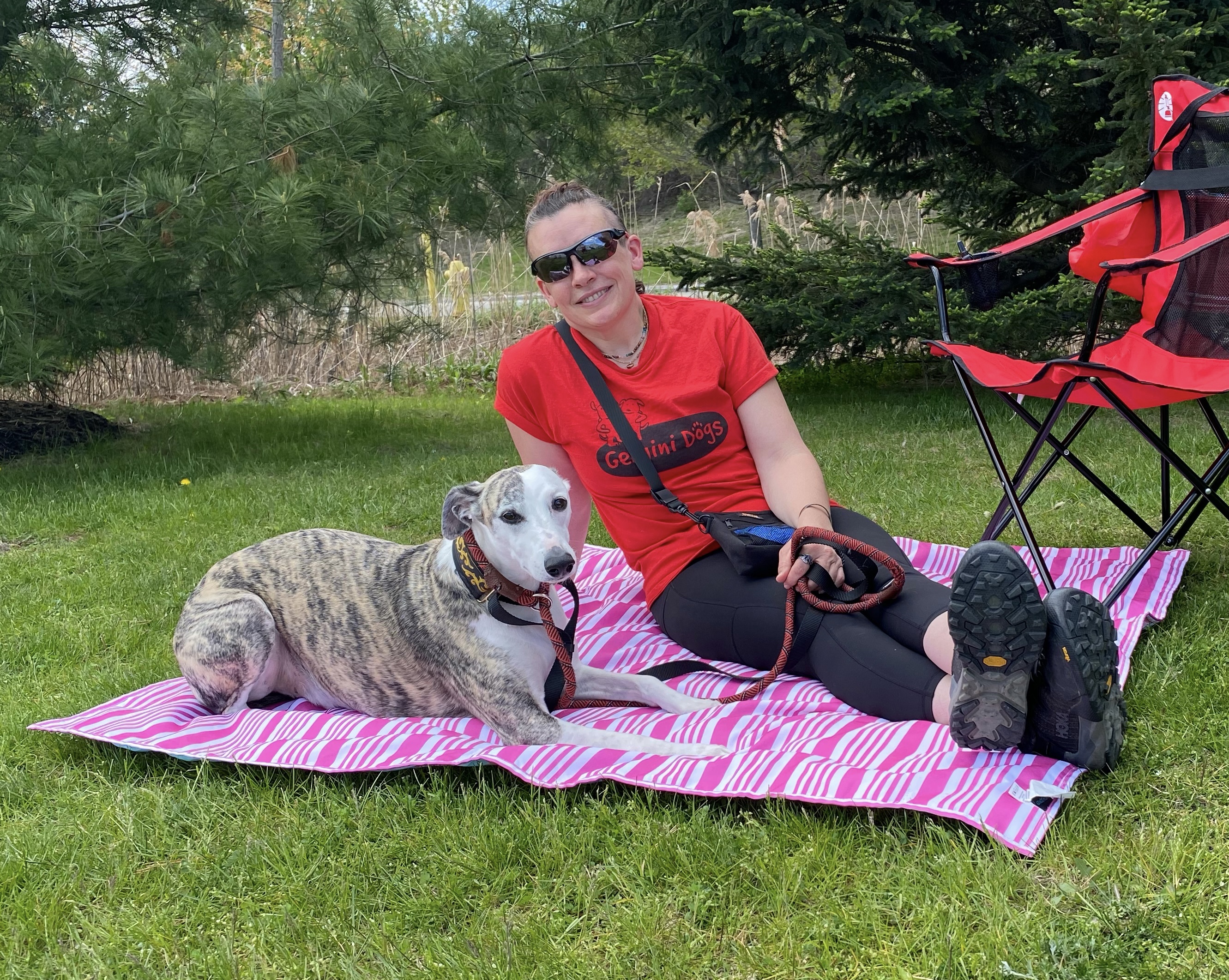 She graduated from Karen Pryor Academy in 2010 and completed the KPA Puppy Start Right course for instructors in 2015.

She is an experienced Dachshund breeder and raises her puppies using Puppy Culture, a special program of age-appropriate exercises, neurological stimulation, and training designed to maximize each puppy’s potential. Her puppies are not only outstanding family pets, but have gone on to achieve success in the performance ring and some have even become service dogs.

In addition to training and competition Sarah also enjoys going hiking with her dogs.

Sarah first took classes at Gemini Dogs with her mixed breed girl in the late 90's. She then adopted Jellybean and Penny in 2005, and they started in puppy class and basic obedience, then tried Earth Dog. That’s when Penny discovered agility. By 2006, Sarah was taking agility classes with the former owner of Gemini, Carolyn Barney. She later began substitute-instructing for Carolyn's classes. Sarah also began working in the doggie daycare before July of 2007.

Sarah completed her KPA class in 2010 with Carolyn as well. She then worked for Jean McCord and Kathy Austin at Dogs! in Hudson, and later taught some pet dog classes at the Fuzzy Dog in NH for a short time. She then worked for  Crossbones Academy in Rhode Island teaching private lessons until January of 2020.

Sarah is a former Volunteer Firefighter has been a 911 dispatcher for over 20 years. 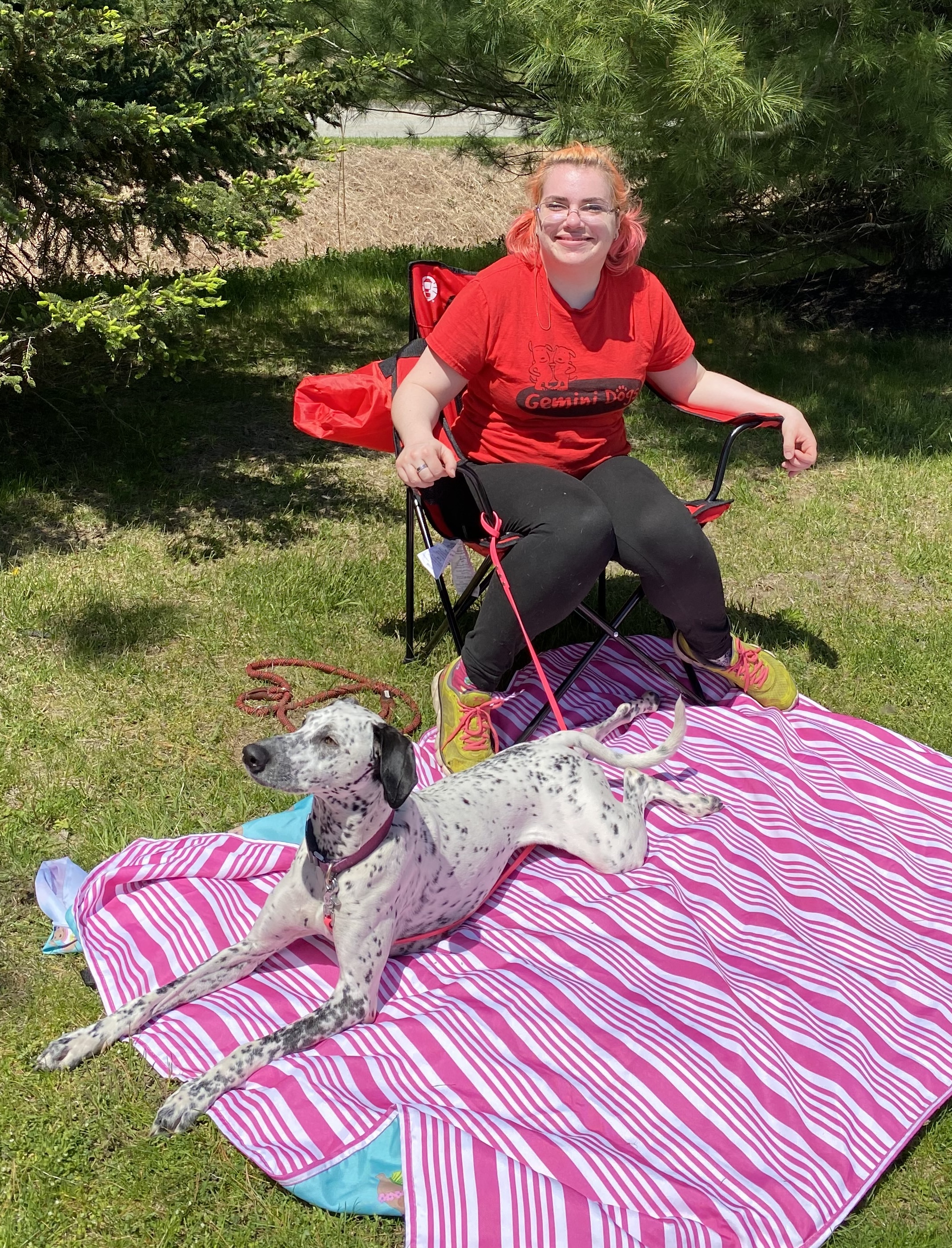 Michelle is a Certified Professional Dog Trainer - Knowledge Assessed (CPDT-KA) and has been a part of the Gemini family since July 2011.

She has a Pit Bull named Liberty and a mini Dalmatian named Panda (CGC, NTD). She also lives with a three-legged Husky named Juniper. Her dogs participate in Agility, Nose Work, Rally, and Dock Diving and she regularly attends seminars and classes.

She graduated with a B.A. in Human Ecology with a focus in Animal Behavior and her senior project was a published work on Canine Body Language and Safety. She also spent a year-and-a-half overseas, teaching English in South Korea and Vietnam. She takes her experience and love of teaching into the training classroom. She also fosters dogs for a rescue organization and has successfully placed over 75 dogs into forever homes.

Her favorite breeds are Pit Bulls, Papillons, and Boston Terriers. She says we couldn’t get rid of her even if we tried, because Gemini Dogs is truly her second family! (And believe me, we never would let her go anyway!)

Jen is an emergency Certified Veterinary Technician graduating from Becker college in 2018 with a degree in Veterinary Technology and a minor in animal behavior. She discovered during her working career that dog behavior and training is just as essential to the health and well being of dogs as the actual medicine. Thus, sparking her interest into dog training.

She grew up attending various dog training classes with her family pets which inspired her to go into the animal field. She always had a fascination and love for huskies, so in 2020 she was accepted and got the opportunity to travel to Alaska to work as a veterinary technician and dog handler at the Iditarod sled dog race. There, she learned about sled dog behavior and care which helped her understand the mindset of huskies and allowed for a better basis on how to train them. She now returns every year to work the Iditarod sled dog race to expand her knowledge as well as appreciate huskies doing what they do best.

She adopted her first dog in 2020, a Siberian Husky named Denali. She began his training and discovered the world of dog sports and competition. Being a competitive softball player all her life this is just the kind of competitiveness that she needed combined with her love and passion of dogs. After the pandemic and training classes opened again, her and Denali earned his AKC canine good citizen title (CGC) then moved onto his AKC community canine title (CGCA).

She also competes in AKC conformation events with the goal of earning his champion title. At this time they have accomplished many points and is AKC major pointed. Wanting to continue his obedience training after CGC, they starting his rally career. At this time they have earned his rally novice and intermediate titles. They also compete in AKC fast cat (FCAT) events.

In June 2022 she adopted her 2nd dog who is also a Siberian Husky named Kinley. Together they compete in AKC conformation and rally events as well. In conformation, Kinley has completed her Puppy of Achievement (POA) and in the 4-6month confirmation has multiple group placements as well as first in variety group. At just 6 months, she took winners bitch for a major. Also at 6 months in rally she has 2 qualifying scores to her novice title. 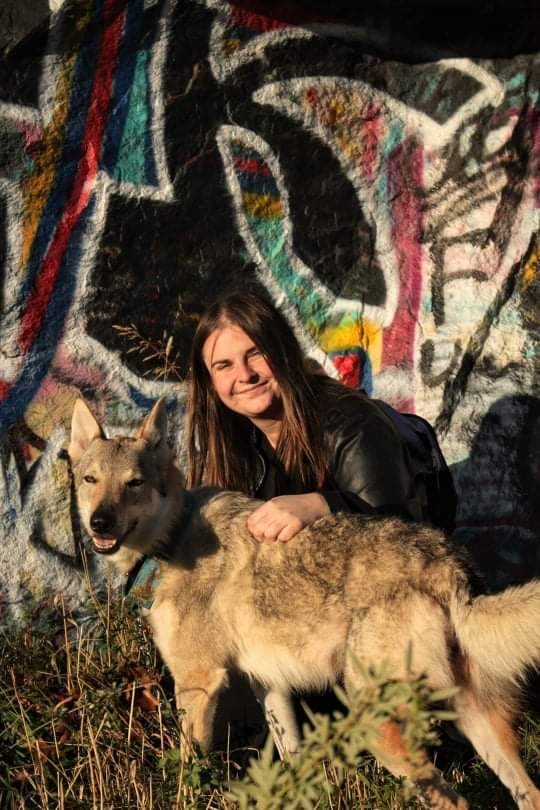 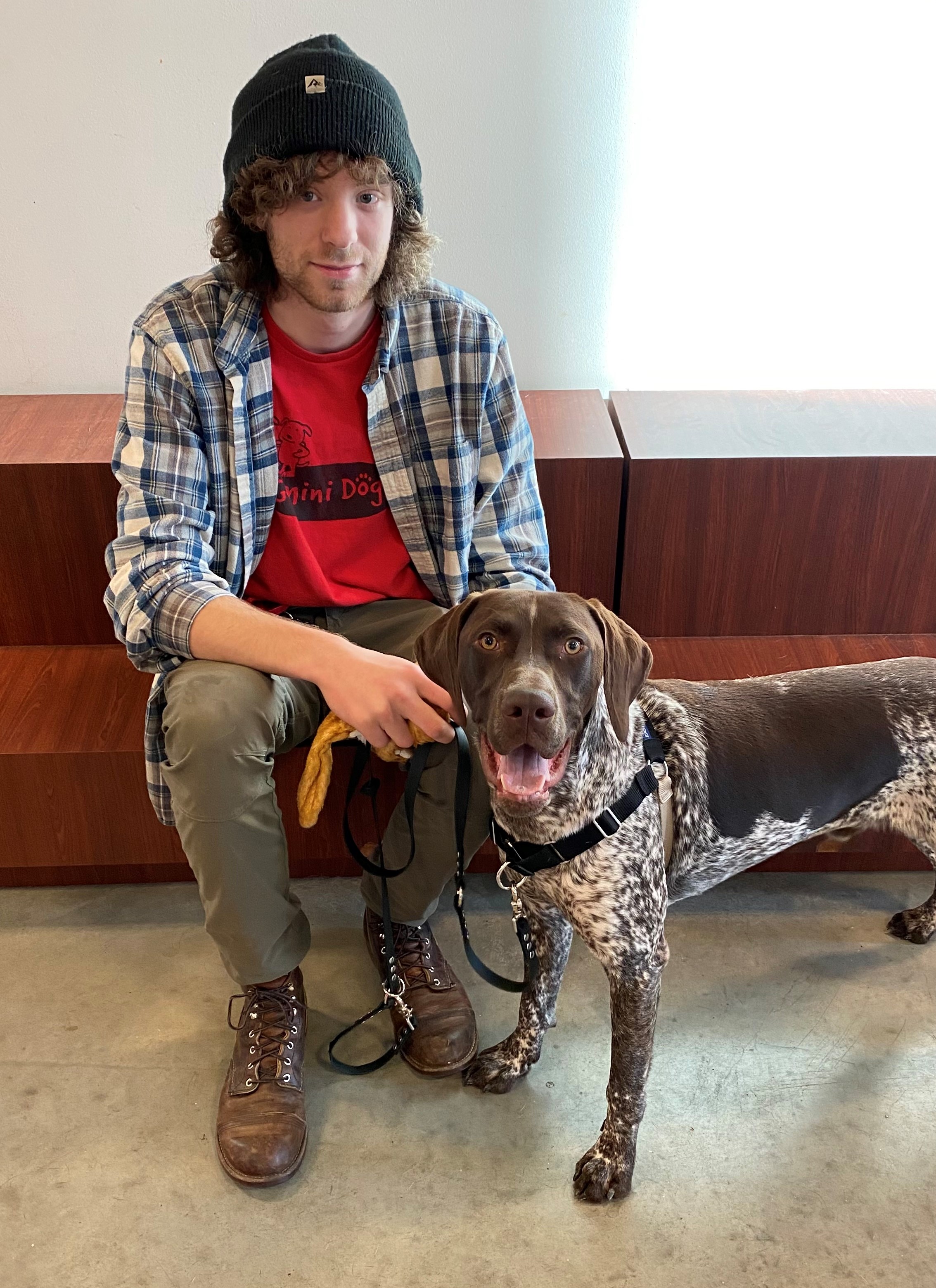